When I was younger I had a never-ending list of hobbies. From fondant figure modelling to roller skating, I liked to do it all, and gaming was surprisingly low on my list. My brother, on the other hand, has been a gamer ever since I can remember. It was always him that brought me back to video games, from Kingdom Hearts II on the PS2 to Halo 3 on the Xbox 360. A few years later, we broke out a new game, Borderlands 2, and it was the experience of sharing that with my brother that cemented my love for games by showing me their ability to bring people together. Namely, with me.

Released eight years ago, Borderlands 2 is a hyper-stylised and hellishy fun first person shooter, and is arguably the pinnacle of shoot and loot RPG adventures. The game doesn’t just relish in its savage humour but holds its absurdity at its core and simultaneously manages to deliver a story that carries a solid emotional weight. It’s an impressive achievement, and one that explains it’s lasting popularity; there are few other games that can at one moment make you cry with laughter at a gun that screams when you shoot it (aptly named the ‘Bane’) and then a moment later have you crying with sadness after losing a member of your resistance team. 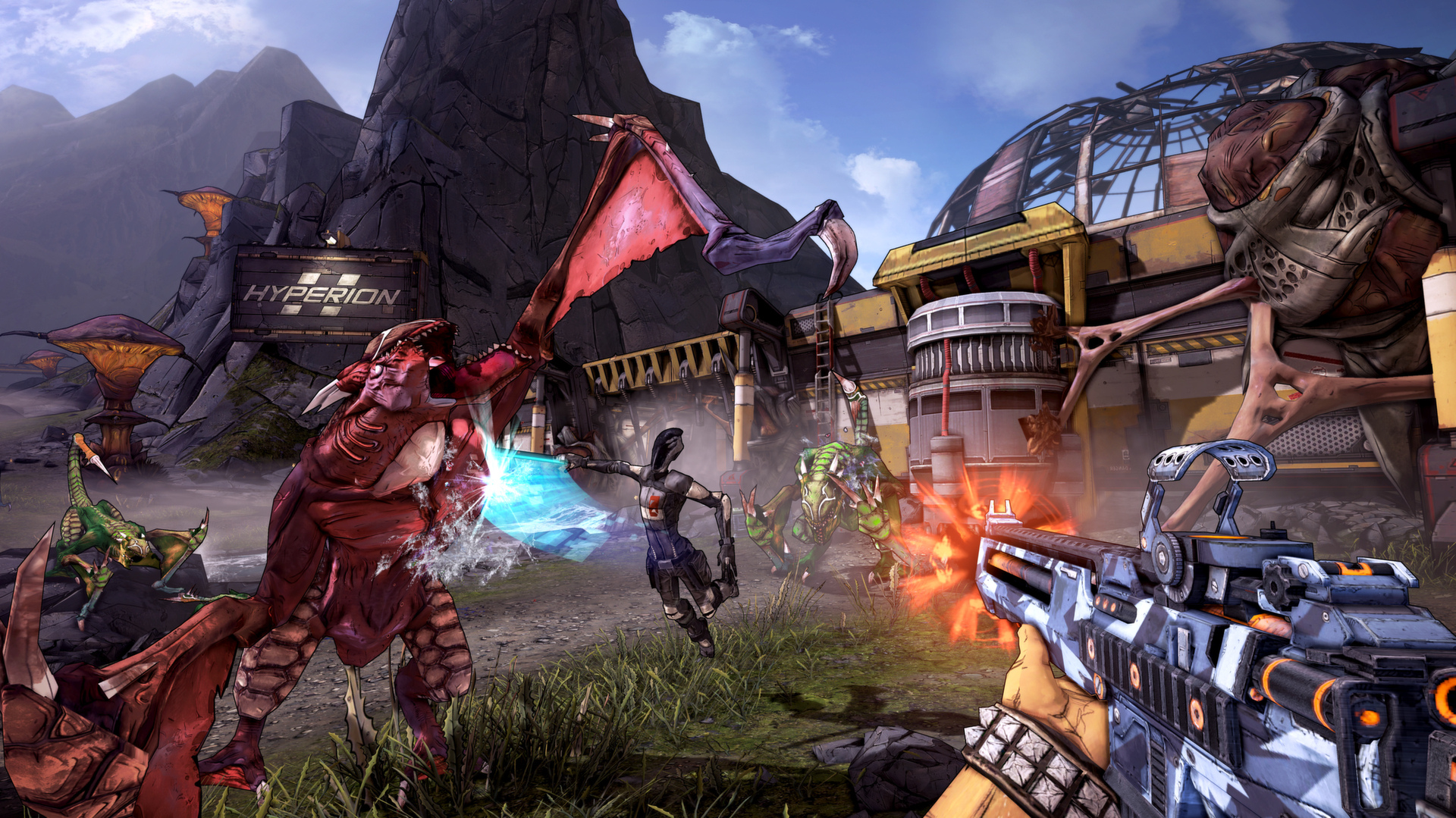 In one of the main campaigns I played with my brother, we ran through on split-screen, delving into the side-missions that piqued our interest or offered some sweet loot with myself as Zer0 “the assassin” and my brother as Krieg “the psycho”. Looking back now, I find the characters we each chose to be rather telling: there I was, still hesitant in gaming and wanting desperately to impress my brother, choosing the angsty sniper, firing from a distance and then turning invisible when the conflict got a little close, while my pro-gamer brother took on the chaotic DPS character, rampaging at every opportunity and getting up-close and (violently) personal.

Although it wasn’t planned, our duo worked a charm. Him in melee, me at long-range. It turned out that my prowess as sniper in Halo 3 custom ‘Duck Hunt’ games, a skill that annoyed my brother to no end when we played online with all his friends, carried over here. I rarely missed a shot and he never pulled a punch. It made me feel like an army commander; at any moment I was able to warn him “skag on your right” or “bandit on your six”, and it really brought us together. When we were playing Borderlands 2, we didn’t need to vent about home life, stress over school work, or awkwardly broach our personal worries. All we had to do was shoot some baddies and swap some weapons. 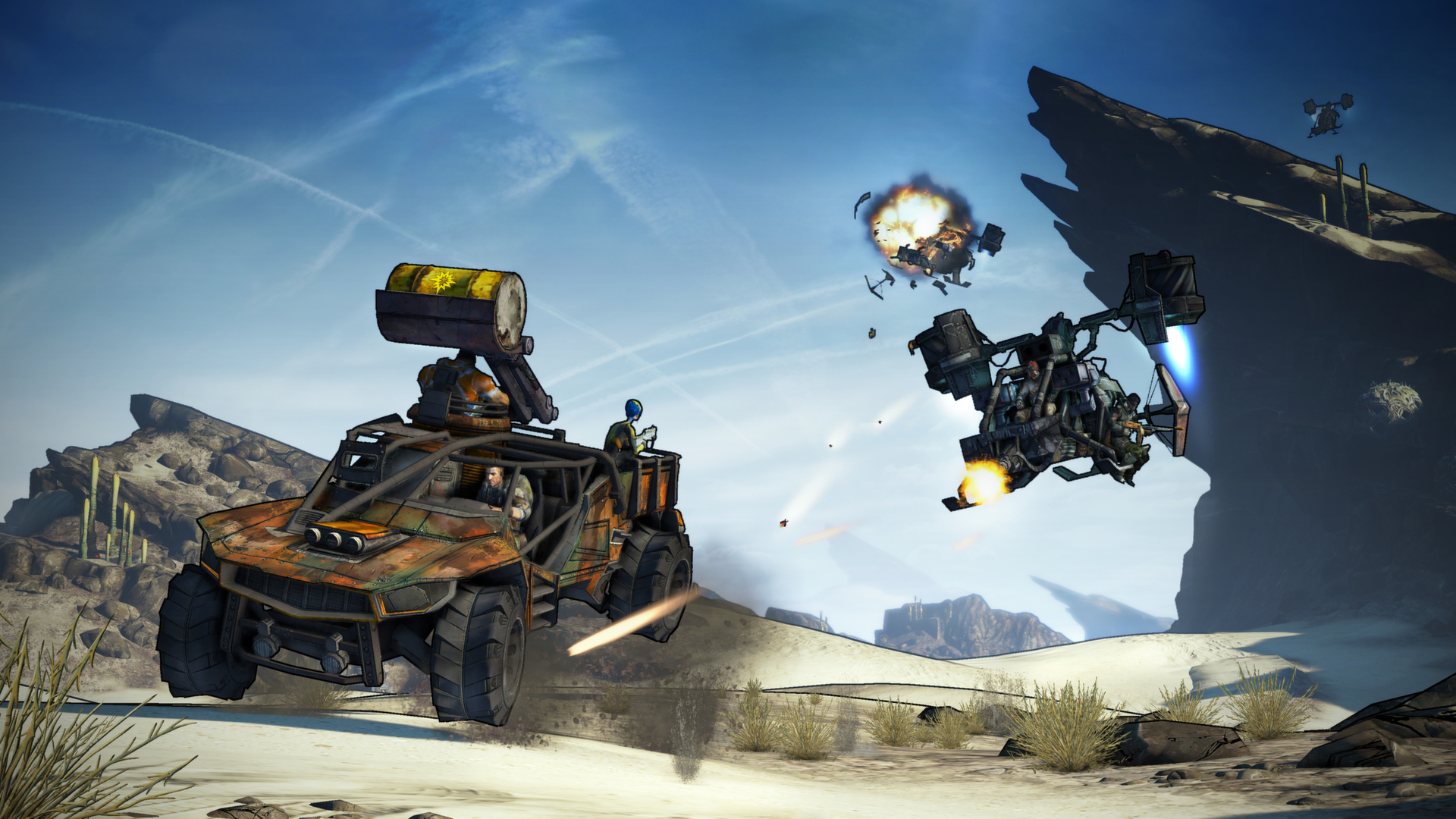 One of the most celebrated elements of Borderlands 2 is the world it’s set in. To describe it as expansive feels like an understatement. The planet of Pandora is full of diverse environments and areas, all of which with their own atmosphere and hostile wildlife: crystalisks in The Fridge and Hyperion Loaders in the Friendship Gulag. Rendered in an iconic comic-book style, this huge world supports the seemingly endless amount of story. Including side-missions and DLCs in addition to the main story, you can sink close to 100 hours into the game, and so me and my brother never ran out of things to do and never got bored.

As we spent more time together in Pandora, it became easier to chat about other things in the real world. Though we were not pressured to ‘bond’ as we explored the world, we did. We took any opportunity to jump back into Pandora: at Halloween we fought pumpkins in ‘TK Baha’s Bloody Harvest’ and at Christmas we took down snowmen in ‘How Marcus Saved Mercenary Day’. The memories I have of this are some of my favourites with my brother and, along the way, it helped me find something to connect with people over. Grasping to make conversation I could always rely on: “Have you played Borderlands?” 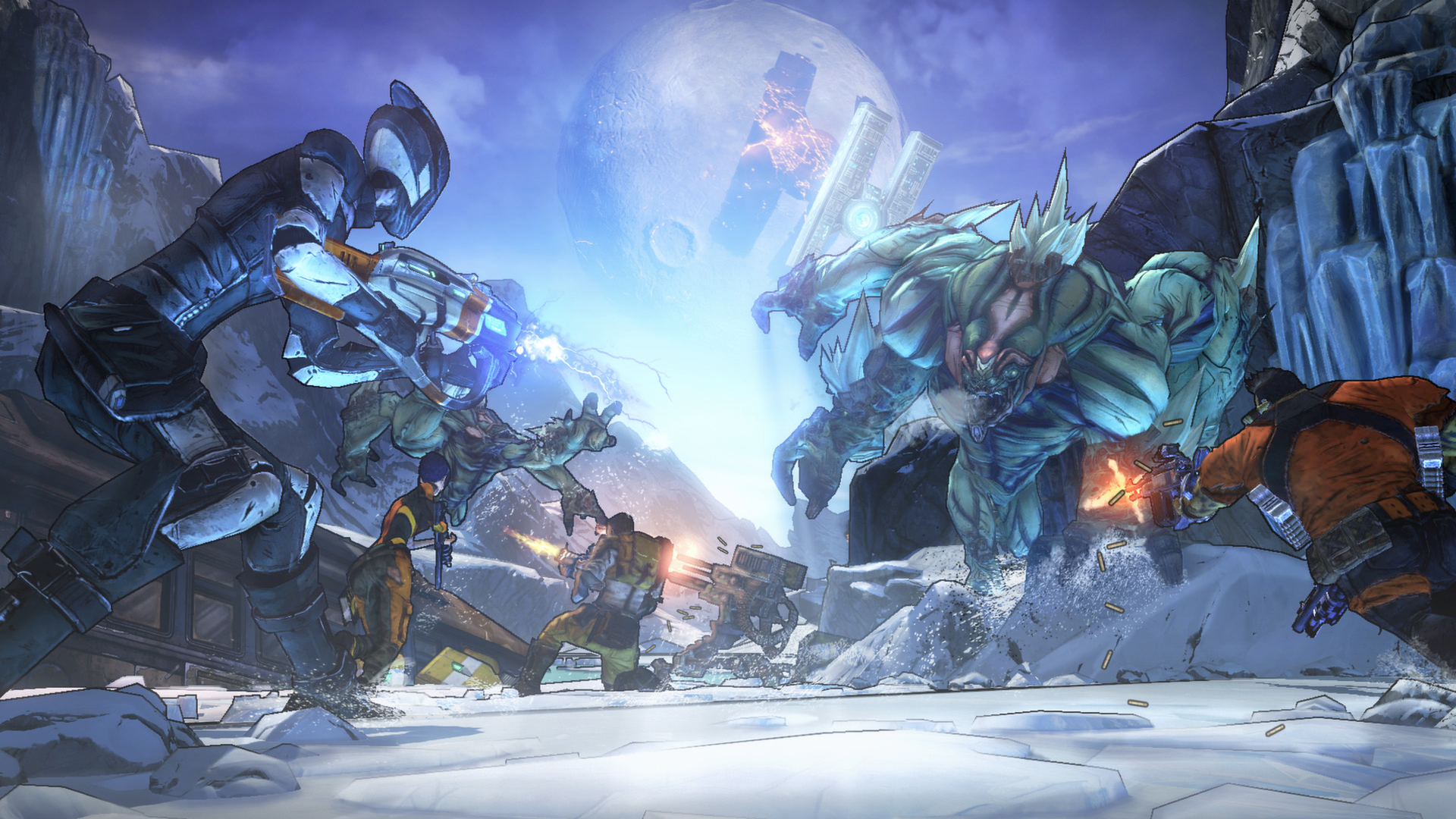 I’ve since shared the game with others. As gaming progressively expanded as a hobby of mine, Borderlands 2 never left my shelf of games and my go-to phrase remained in my socialising vocabulary. When I was early in a relationship, we bonded over games, among other things, playing the ones the other had recommended and cosying up for some couch co-op. After I asked the question and learned that they had barely played past the tutorial, it was a requirement that we sit down and load up my nostalgic favourite. So, donning Zer0 once again, I found a new way to love the game.

Much like the enormity of Pandora’s world and story, Borderlands 2 is full of wild characters, all of whom are designed and voiced with such spirit that they really feel alive. From the endearingly annoying Claptrap to the love-to-hate villain Handsome Jack, the characters make me feel like I’m in company even when I’m playing on my own – though that is a rare sight. It’s why it is such a comfort game for me. Playing it is easy and as I shoot and loot it makes me reminisce about the times I did the same with my loved ones. For as much as I love this ridiculous game itself, the most of it comes from the memories I have of playing it with others. And I wonder who else I’ll meet in Pandora in the future.