The unconscious mind: a chamber of thoughts, feelings and memories manifesting in strange, often non-linear manners. It’s no wonder that having your dreams plucked out by a doctor can be an intimate experience, but lucky for us, Superliminal’s portrait of a sleep therapy experiment gone wrong is a canvas of pure fiction.

As many experimental puzzlers have done in the past, Superliminal’s narrative takes a lot of cues from Valve’s Portal series. You’re the participant of a trial sleep therapy program conducted by psychologist Dr. Glenn Pierce, but soon find yourself trapped in a nightmarish recurring dream cycle during the treatment. Your ultimate goal is to journey through the dream, solve puzzles and listen to Pierce’s frequent radio broadcasts as he offers guidance on how to escape back to reality. 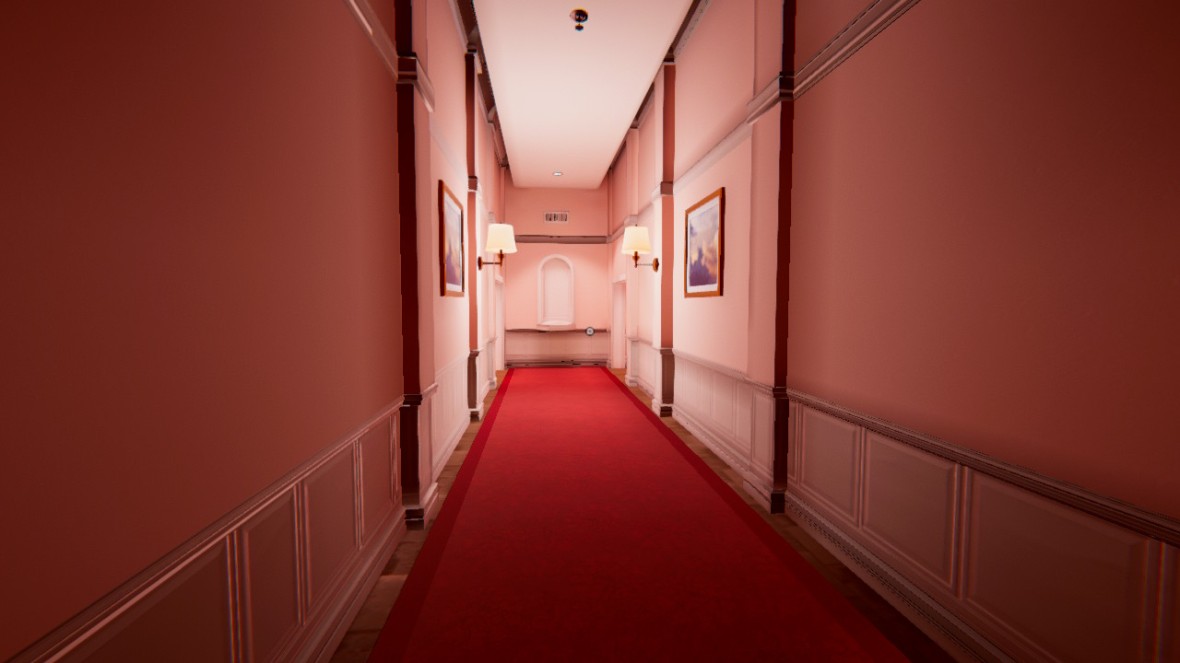 These puzzles are all focused on the concept of perspective. That’s to say that solving them requires more than just logic but also an understanding of optical illusions and forced perspective. This involves using light or sound to navigate your way through each course, but the most prominent feature is the ability to grab an object, change your view, and when the item is placed back down it will scale according to how you last viewed it. For example, picking up a small cube on a table, looking over to the other side of the room and dropping it will result in it becoming much larger than it was. It’s a tricky idea to explain in writing, so here’s a GIF showing it in action.

This feature, while simple, is used for a huge variety of puzzles throughout Superliminal’s short runtime. It never once feels stale or repetitive, often relying on setting your expectations for an upcoming level and then subverting it by slightly tweaking the formula. The experience is kept fresh by offering a new room or situation in which these occur – a new perspective, if you will – and can often lead to interesting scenarios that you won’t anticipate.

Further adding to the Portal inspiration, each level is similar in the sense that you’re constantly moving from room to room, with every new puzzle increasing in difficulty as you come closer to unlocking the mystery behind the botched sleep experiment. In addition to that, the stages also act as playgrounds to mess with the mechanics in unique ways. While the novelty doesn’t last forever, it at least provides a temporary distraction to help you learn how to change the scale of every object and test how it interacts with the world around you. While there’s a hard ceiling for how much you can play with it, there’s enough room to find surprises in ways you least expect. 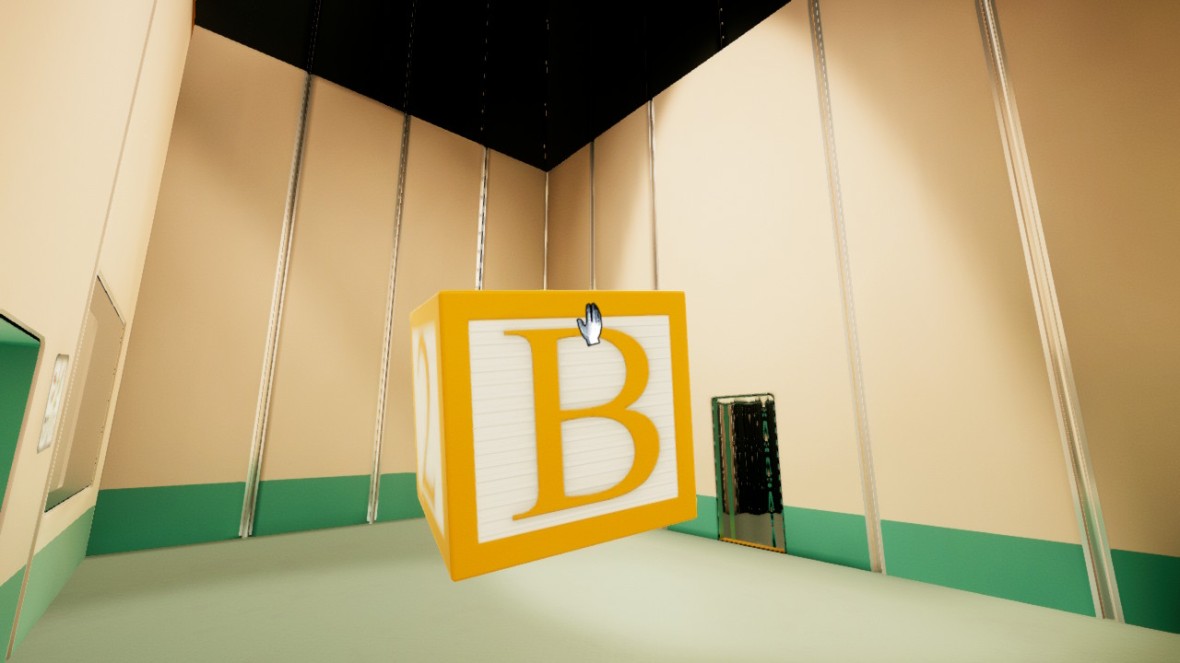 Then there’s the level art design itself, which initially blends soft colours together to create a dreamlike mood, with reds, pinks and whites populating each area to express this. As you venture deeper into the dream cycle, darker contrasting shades are slowly introduced and the experience becomes a lot more distressing as you search for a way out. Combine this with the minimal gentleness of the soundtrack, and it communicates the feeling of otherworldly loneliness before Dr. Pierce can even explain what’s going on.

From a technical perspective, Superliminal runs graciously considering the complexity of the physics that are being utilised here. The Switch version is prone to some framerate lag during the busier moments of play, but these are infrequent enough to not be a huge bother. In any case, a lot of its design feels somewhat similar to Portal’s presentation as a polished tech demo, where expanding the lore, mechanics and characters of the invented world required a whole new sequel to accomplish. It’s a fantastic puzzler, but you never really get a sense for who the main character is, which is problematic for a story about exploring personal dreams. I’m now wondering if I’d rather wait and see how much farther the concept could be taken. 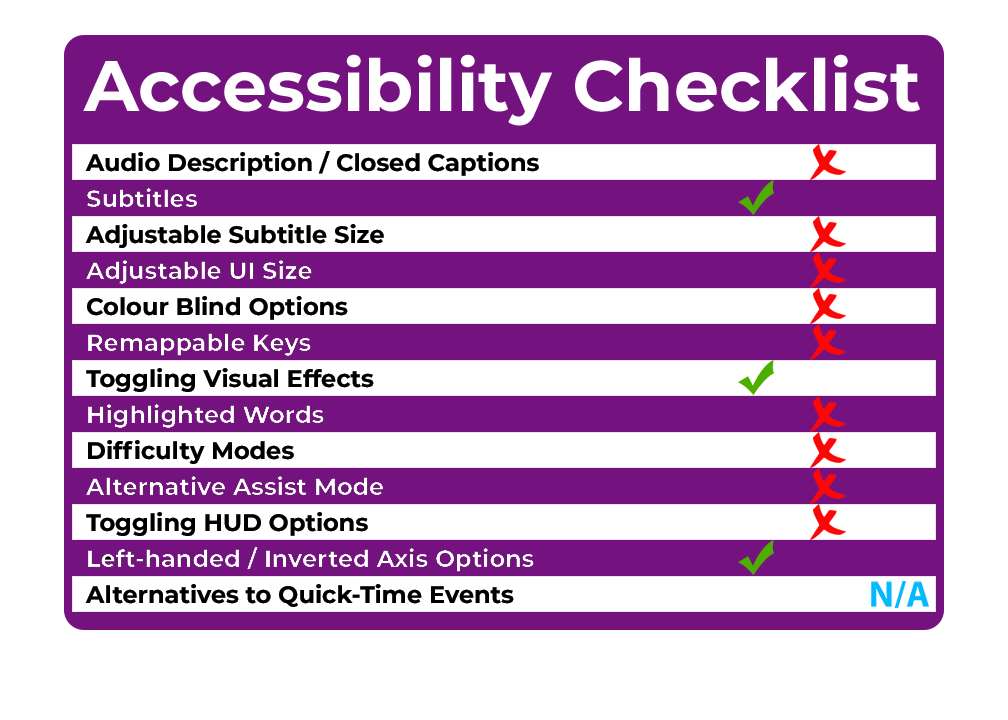