I think we were all taken by surprise last year when IO Interactive revealed its popular Hitman series would be making an exciting comeback. After Absolution’s controversial focus on plot and action over open-ended emergent levels, it was nice to see the Danish studio had instead returned the sandbox feel of older Hitman games; huge open missions allowing you to craft your own experience and push the game’s systems to their limits.

Initially only available as a digital-only title released in episodic chunks, you can now finally enter the world of assassination through the physical boxed edition, available from 31st January on PC, PlayStation 4, and Xbox One.

There are six locations altogether, comprising just as many missions along with a few bonus ones. They take you from the lavish innards of a Paris mansion to dangerous militarised underbelly of rural Colorado. Hitman rewards experimentation and exploration, as it presents a deeply complex open environment with which you can freely explore, testing the limits of what the game can push at you. Do you want to reach your target by sneaking in through the back, silently taking out the security, and snapping their neck while they have their back turned? Or maybe you should steal the disguise of a waiter and poison the food under their very nose.

It’s the beauty of these games that they allow you so many different approaches to the levels. I think I’ve played each level about fifty times, and have still yet to have the same experience twice. Every time I finished, I had the compelling urge to return and do something slightly differently. Thanks to the varying disguises, dozens of weapon types and countless kill methods, there was absolutely no way I ever grew bored of this game.

The live component of Hitman is possibly its most controversial feature. Because of the ever-rotating nature of its content, the game requires you to be always connected to the internet. Keeping this constant means you’re able to access your loadout, challenges, contracts and elusive targets among other things, whereas playing the game in offline mode will only let you access the story mode missions and you can’t even use the loadouts properly. Although we’re often always connected to the internet these days, it’s disappointing to see a fully singleplayer game use this form of DRM to restrict players who might have weaker connections or prefer to play offline.

There are some benefits to this, though. New content is published every week in the form of elusive targets, community-created contracts, and escalations. Additionally, new content such as challenge packs and bonus missions are also released from time-to-time, allowing for more ways to customise your assassination and milk more hours out of the game. This is nice, as it always feels great to come back to the game even a week later and find more stuff to do. In many ways it can even feel a little overwhelming, but Hitman is not a game which’ll force you to complete all of this. In a sense, you’re allowed to play as much or as little of it as you want. 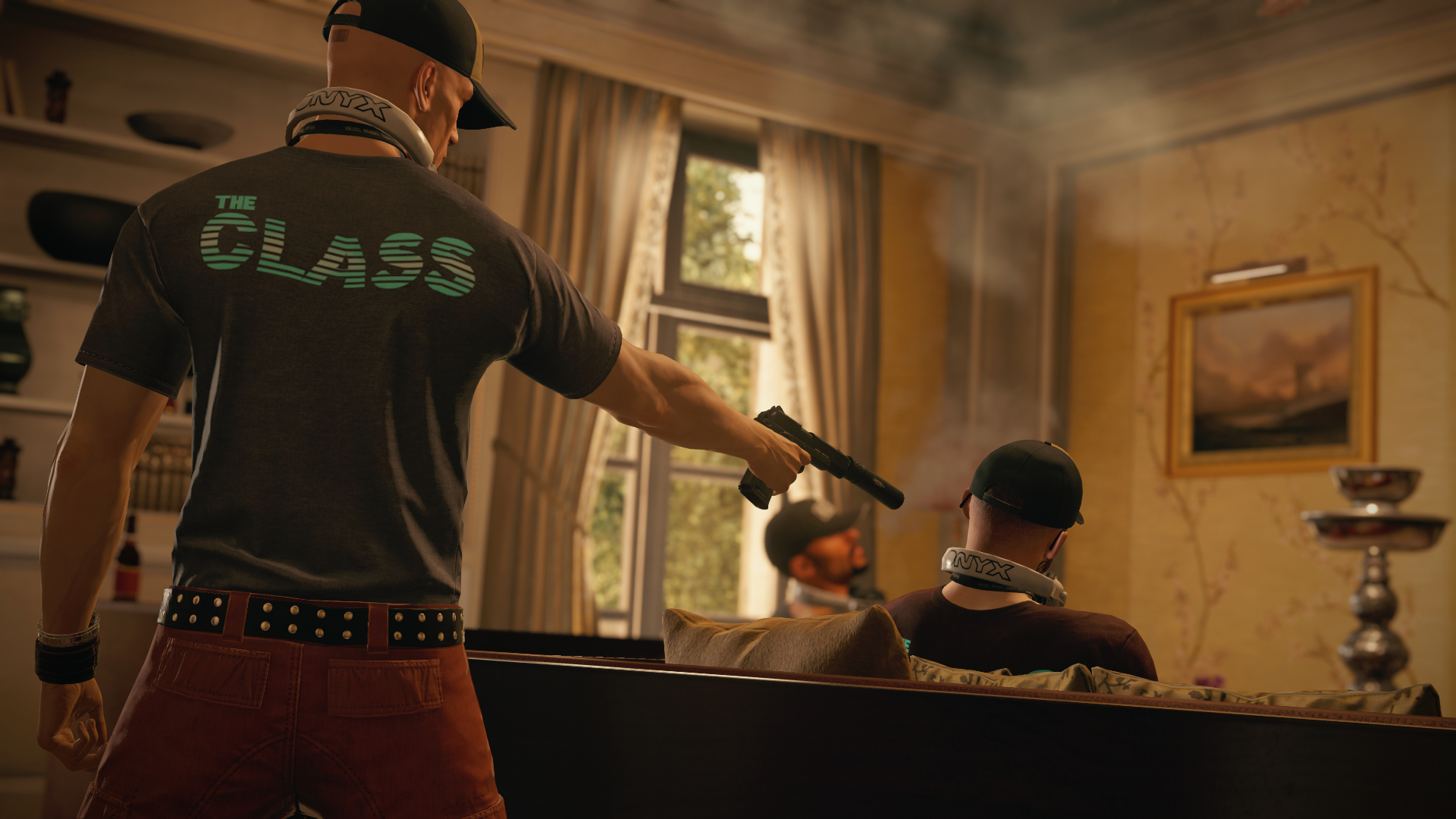 This also carries over to the way IO Interactive designs the levels themselves. Using player data such as loadout customisations and heatmaps, the developer uses this information to help gather data for future levels and updates, including the new Professional update which ups the difficulty by adding in restrictions for you to take on the familiar levels in new ways.

Hitman just feels perfect. It absolutely nails the social aspect of stealth video games: being able to sneak around in plain sight, socialise with your targets and close in on them when they least expect it. And with each level being a trip to a brand new exotic location, it feels like Hitman also wants to be a 007-lite game (as an aside, my money is now on IO Interactive getting the Bond licence at some point in the near future).

As a megafan of the Hitman games, it gives me great pleasure to see the game has returned to its roots. I absolutely loved my time playing this in chunks over the past year, and I don’t suspect I’ll be giving it up any time soon. It gives me great optimism about the future of the series too, knowing that IO is quietly shying away from the less-popular aspects introduced in Hitman: Absolution, and I absolutely can’t wait to see what they do with the second season. I’d really like a level set in the United Kingdom, maybe somewhere rural like Staffordshire or Devon?