I spent a lot of time playing Assassin’s Creed Origins. In fact, I spent more time playing it than I have with any other game published by Ubisoft. Not only did it avert the franchise in a new direction while retaining the traditional Assassin’s Creed formula, but it also refined elements borrowed from other popular open-world games such as The Witcher 3 and Red Dead Redemption.

In Assassin’s Creed Origins the player can explore Ancient Egypt and complete a variety of quests and unexplored locations. They can go hunting, kill legendary animals, fight war elephants, compete in the gladiator arena and races. They can buy and upgrade equipment, complete challenges, and level up to gain new skills. There’s basically a lot to do, which can be a symptom of why a lot of open-world sandboxes feel tedious to play at times. They’re just too bloated. 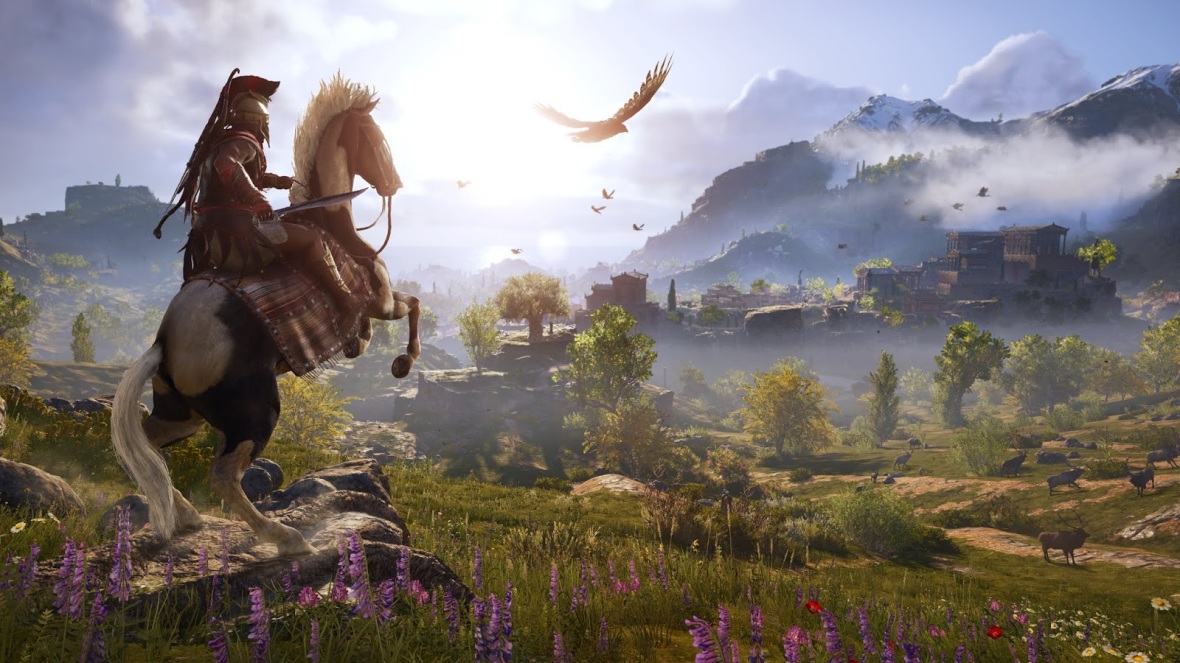 This isn’t a rant about Assassin’s Creed Origins. I enjoyed my time playing it, even if there were many moments where it felt like it was trying to tick as many boxes as it could. This post largely comes as a response to Lionel Raynaud – Ubisoft’s Vice President of Creative – talking about how the company is keen to move away from ‘finite experiences’ and deliver more numerous self-contained narratives that fit into a larger arc as well refitting game features to be never-ending in nature.

A finite experience in this regard would mean content that will eventually be exhausted as players progress through the game, whereas a non-finite experience would be games with seemingly unending amount of things to do. While I can enjoy both experiences for different reasons, I don’t think non-finite games would be a good fit for Ubisoft’s modus operandi.

Here is the exact quote I wanted to focus on:

What drove this is the will to not give finite experiences. The idea was that you have this conflict, and the resolution, and then it’s finished – you’ve killed the bad guy, for instance. We build a strong nemesis, and the goal of the game is to kill him or free the country, we’ve done that a few times in our games. But when you succeed, you have to leave the game, because there is nothing else to do. So the goal was to break this, and say that you will be the hero of a region or population many times, not just once. And if you get rid of a dictator or an oppressor, something else is going to happen in the world, and you will have a new goal.

Raynaud is saying the team believes players would feel more satisfied if single-player narratives offered more content beyond the main quest, in a way that would keep them hooked after the main quest is done. This is a noble and understandable approach to game design, as keeping the player interest is a key priority for any developer. The problem is how to deliver content that is specifically designed to be non-finite.

Bethesda’s role-playing games in particular have delivered this sort of experience. In The Elder Scrolls V: Skyrim, there was a main quest, several subplots such as the Civil War and College of Winterhold quest-lines, and many smaller quests for the player to complete. There are also collectibles, infinite levelling and a constant rota of respawning enemies for the character to tackle. But the most marketed aspect of Skyrim‘s longevity was its radiant storytelling system; randomised quests that were responsive to the player’s progress and level, and would generate appropriate difficulty and rewards based from that. In theory, these radiant quests could be produced and completed an endless number of times, but many players soon found this to be repetitive as the game went on. For a story-focused game, using non-finite content interweaved with the finite content will just come across as unnecessarily beefy. Players will either give up or ignore them.

Considering this, what types of genres can infinite gameplay be beneficial to? Simulation games – such as The Sims, Cities: Skylines and SCS Software’s Truck Simulator series – can provide this. These games instead rely on mechanics being deep enough for players to set and follow their own goals as opposed to the system doing that for them. This will therefore appeal to casual and hardcore players alike, and the difficulty will vary through these goals they set. 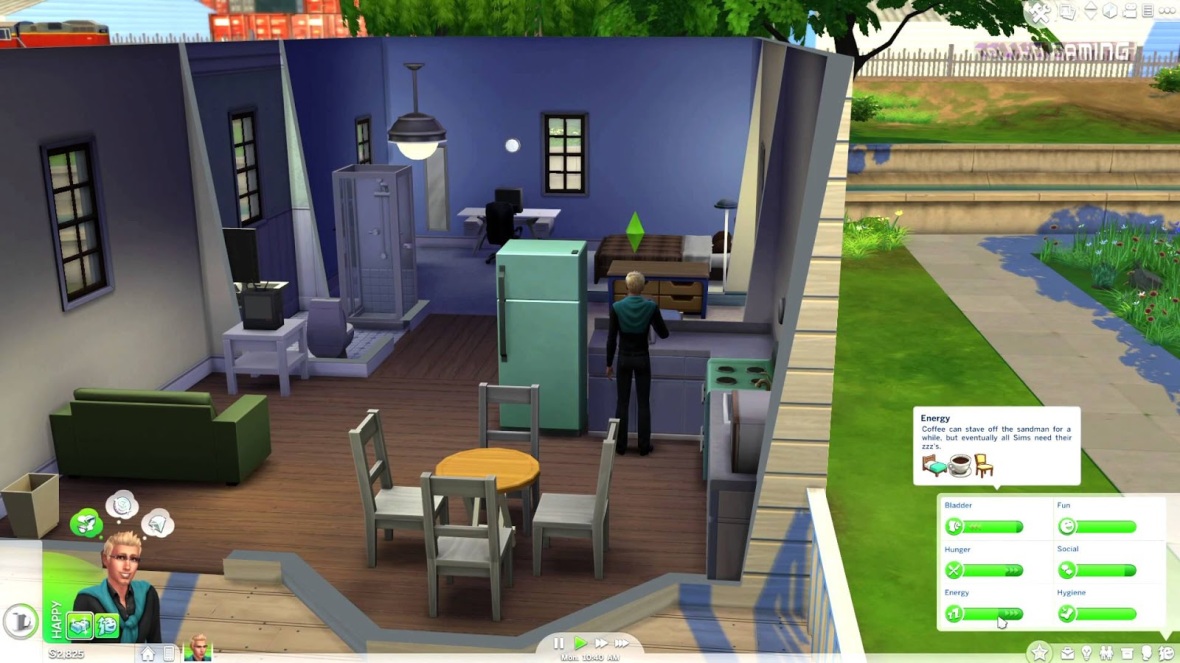 The Sims is the best example for this kind of design. Players can work towards goals the game sets for them, done via the wants system (known as wishes and whims in later installments), but is in no way mandatory. For most of the time spent in The Sims, players will be forging their own stories and steering the narrative in their own way. They can decide for themselves if and how their sims can get married, buy bigger houses, have their own career and make their own relationships, and at no point does the game have a system in place to prevent that.

Euro Truck Simulator 2 and its companion game American Truck Simulator also indulge in this kind of experience. The overall objective is to build a successful trucking business as you travel all over Europe and the United States. The types of trucks bought, routes taken and choices made for the business are entirely player-determined. Just like The Sims, there is no way for the game to restrict the content available or to tell players when they’re done. It is something they will work out for themselves.

Non-finite game design isn’t perfect; players are going to get bored regardless of how much there is to do and how unique each play session feels. Multiplayer games with a good progression and reward system can work as non-finite experiences. Those simpler games such as Rocket League and Counter-Strike are all about the players’ skills interacting with each other, thereby making every multiplayer match feel unique. And with the positive-reinforcement progression and cosmetic system, it ensures players will want to return regularly.

For me, co-operative experiences have always offered the non-finite type of gameplay I crave. Left 4 Dead and Payday 2 are the biggest examples, both through receiving new content regularly over the years following their releases, while also both being host to a dynamic artificial intelligence system that changes the pace of the game on the fly. In Left 4 Dead, players are constantly being watched by an entity known as the AI Director, a feature that changes enemy and item spawns on the fly depending on how well the team is doing. Payday 2 features a similar system; where map layouts, enemy assaults and item spawns are either randomised or responsive to player actions. This will ensure players are constantly feeling engaged with the game, and will keep having new experiences.

The problem with Ubisoft’s approach to this design principle is that they are going to be applying it to the wrong type of products. It sounds like a nightmare to both develop and play a story-focused game that has to constantly be generating new things to do on a regular basis, and having to keep that engaging for the player. Sooner or later people are going to be bored, even veteran Skyrim players struggle finding interest in the game after completing most of the main quests. If Ubisoft were to make more games akin to The Sims or Euro Truck Simulator 2 – that don’t provide a story but instead let the player decide the narrative – it could work a lot better. I respect Ubisoft for trying, even if it’ll be incredibly hard to pull off. It looks like Assassin’s Creed Odyssey may be the first experiment with this in mind, so we’ll have to see if the result is worth any praise.