The act of illegally cleaning up crime scenes in media is commonly seen more in crime movies and television shows than games. One of my favourite parts from Pulp Fiction is Harvey Keitel showing up as the proficient Winston Wolfe, a mob cleaner who disposes of evidence from such incidences. I liked the humour and sense of professionalism that Keitel brought to the role, and it would go on to serve as a basis for these types of characters in crime films and other media that would succeed it.

The opening level of David Cage’s Fahrenheit has the protagonist murder a man in the restroom of a New York diner and the player must proceed to cover his tracks before the police catch on to him. Due to the total number of possibilities that situation could play out, it was arguably one of my favourite moments of Fahrenheit and I wish that more games would have tried this pseudo-stealth, puzzle approach to gameplay. Years later, Viscera Cleanup Detail was released which presented larger open-ended options of cleaning up after violent fights. It was tedious if you played it seriously, but fun – to a degree – when treating it as a multiplayer sandbox. It didn’t, however, scratch that same itch as the prologue of Fahrenheit did.

From Polish developer iFun4all comes Serial Cleaner, a stealth game where you are put into the boots of the Cleaner – real name Bobby – who lives with his mother in a quiet American suburban town in the 1970s. Unbeknownst to his mother, the Cleaner receives mysterious phone calls from a client asking him to go to a recent crime scene and recover the evidence. At first the Cleaner assumes these are unrelated mob killings, however over the course of the decade he begins to catch on to a more dangerous scheme. 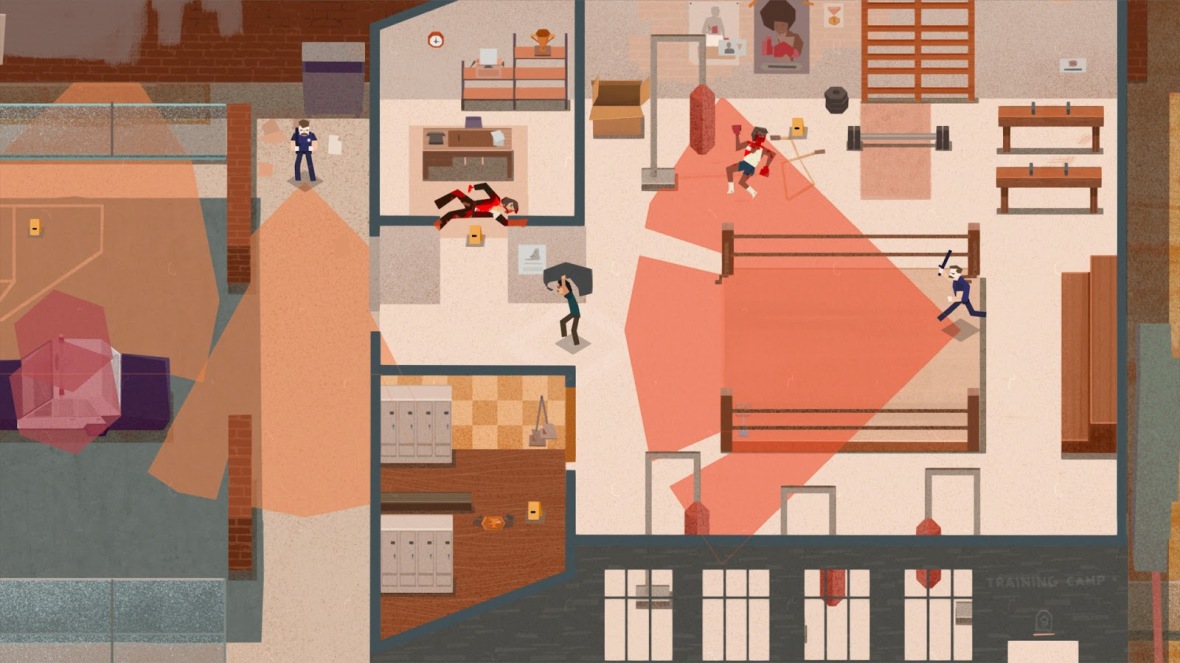 The gameplay is designed as a top-down Hotline Miami style adventure using a visual flair inspired by art of the decade. Upon arriving at the crime scene, the Cleaner must dodge cop patrols as he retrieves evidence, disposes of bodies and mops up pools of blood. Enemy cops will patrol between certain points of the map and you can avoid them by hiding inside cupboards, playing music to distract them and, if they weren’t already foolish enough, trapping them inside rooms by moving furniture around. If they notice a missing item, they will investigate, and should you infiltrate on their cone-of-vision, they will chase you. Having them patrol on set paths gives an edge of predictability, but being able to manipulate their routines adds an additional element of strategy and will require quick wits to face them. Although some of the AI behaviour seems odd – maybe even too much to fully suspend your disbelief – I interpreted it as a homage to the campy detective shows from that same era.

There are twenty missions in the main story, with an additional ten bonus contracts based on classic ‘70s movies such as Taxi Driver, Enter the Dragon and Rocky Horror Picture Show. For the most part, these missions are complex and offer a well-paced challenge. There are even randomised elements on each map where certain items and objectives are placed in alternate spots, so you’re guaranteed a different experience each time you play. Overall, it feels like Serial Cleaner is designed to be a trial-and-error experience that encourages you to learn the levels and patterns of the enemies before improving at it. 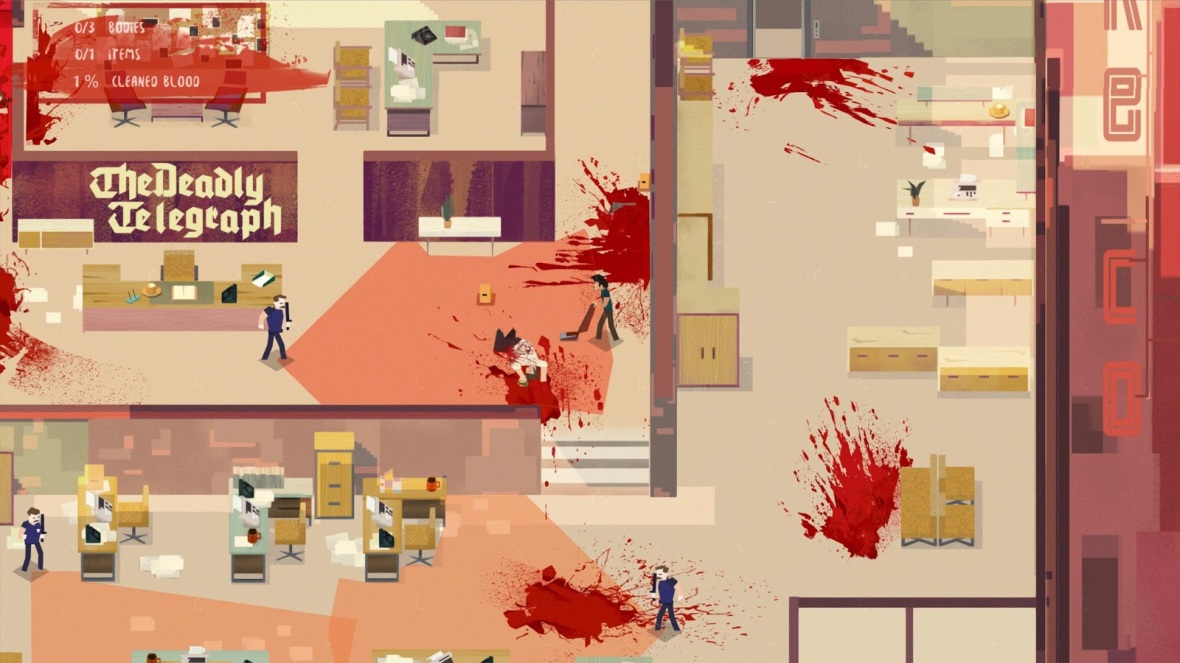 Despite this excellent design, the consistency drops off within the last few levels – which some may feel put off by – but the difficulty always remains. I felt that the final two contracts were the weakest part of the game, both in tone and structure, and would have much rather preferred to play more of the earlier missions. After finishing, I discovered a dozen different challenge modes were also available to try, which modify or disable certain features for a tougher experience, so there is plenty of content to sink your teeth into.

Altogether, Serial Cleaner approaches the action-stealth genre in the same way that Hotline Miami touched on action-shooters. Its mechanics work flawlessly and are heavily complemented by its rich sense of humour, funky soundtrack and all-around fabulous ‘70s aesthetic. It’s one of my favourite releases this year and I’m secretly hoping iFun4all will release some kind of sequel set in the 1980s.